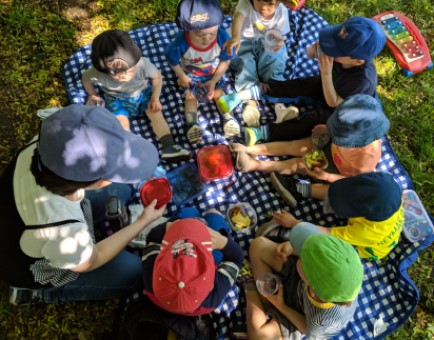 We celebrated the very last day of Rainbow Spring under the sun!

As you see the picture on the top, we went to the park on the last day of Musically Me class to feel the sound of music outside!

Listen! What can you hear?

We can hear the sound of leaves, birds, wind, and more...those are all MUSIC!

Music is everywhere. Can you feel it?

Do you also want to try playing the instruments under the sun?

We usually play the instruments inside so it seemed to be a bit more refreshing when our little friends tried them out by feeling Mr. Golden sun closer!

I believe this experience would stimulate their mind and enhance their imagination skill as well. Did we complete our mission?

What was the mission of this season?

Being able to sing Do Re Mi song!!

Did we complete this mission??

We actually were not able to complete our mission...but we did learn the note together!

I realized that most children didn't know "DO RE MI FA SO LA TI DO" throughout the classes in this season.

Since I started learning piano when I was their age, it was natural for me to know the note "Do Re Mi" so I happened to think that our little buddies can say Do Re Mi Fa So La Ti do easily!

Once I noticed that just saying "Do Re Mi Fa So La Ti Do" is still new for them, I focused on letting them to repeat those note instead of singing Do Re Mi song.

It was a bit small step but our little friends were naturally repeat after me when I show the teddy bear "Stewy" jumping on the Giant Key Board along with the note!  We even jumped together on the key board and felt the sound of music!

It was great to share the musically moment with lots of friends in this season!

They expressed themselves with music!

I felt it there wasn't enough time to learn about music but  we were able to FEEL and ENJOY the music! This is the most important thing I believe!

I would love to try Music class again in the near future ! Stay tuned! 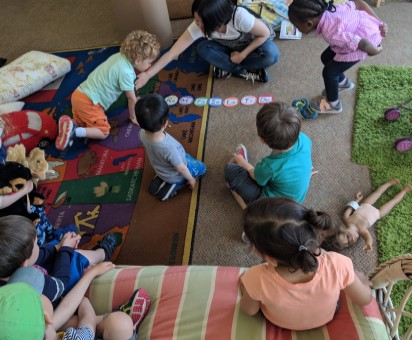 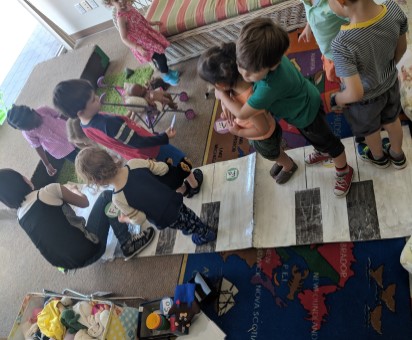 Thank you very much for joining Musically Me on Friday at Broadway!

Next season...Tomomi's BCK will be...

at Storybook buddings on Friday!

We will do some group activity under the sun every week!!