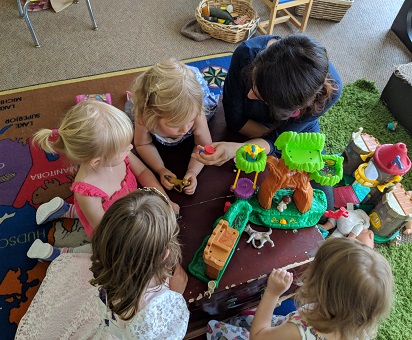 There was a place without cars, skyscrapers, sneakers and planes!

"It is better to create than to learn! Creating is the essence of life" - Julius Caesar

Numitor, king of an Italian city, was dethroned by his brother Amuli. Rea, who was the only daughter of Numitor and who was also pregnant from the god Mart. She gave birth to twins: Romulus and Remus. After that, Amuli imprisoned Rea to prevent her children from disputing the throne and ordered to send the children to the Tiber River. Luckily, they were found by a female wolf who decided to raise them as her own cubs. After the boys had grown, a shepherd called Fustust finds them and, alongside with his wife Larency, raised them as if they were their own children.

When the boys became adults, they decided to build a city and Romulus ruled as its king.

Big Kids enjoyed the story!  "When Romulus and Remus were living with the wolves:

Do you think that they ate with a spoon? Or slept on a bed? or wore the same clothes than us?"

It was great to see how children were talking about what would be different they were raised by wolves or other animals. Some of the Big Kids had pets and this story brought us to think about the importance of caring and treating them well. Animals are our guardians!

Once they knew the story of Romulus and Remus, we collected all the toys that we needed to make this Ancient Rome myth real! Pretending play helped the children to be engage with the story, improvise, use their own words, communicate and have FUN!

The best way to get into a story is when we are able to create and build it. Changes, additions and group decisions are always the best part!

What is an aqueduct?

The Ancient Roman aqueducts are one of the most extraordinary engineering work in history.

In the past, cities were built in places where there was water. However, the population grew so much that was necessary to find out other ways to import water. Ancient Romans were genius and they design a solid structure that allowed to transport it from mountains or places nearby the cities.

Big Kids followed the example and built a super aqueduct made out of recycling containers to water the plants! It was awesome and very efficient! 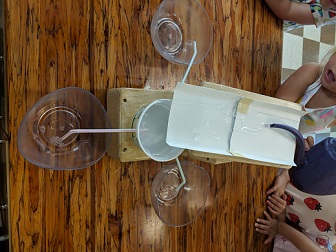 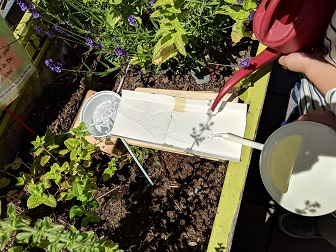 Nowadays we are experiencing a similar problem but on a bigger scale: as the cities are getting bigger the sources of water are more limited. Because Big Kids are the newer civilization, we talked about proper use of water, how often we use it and how much we really need it every day. 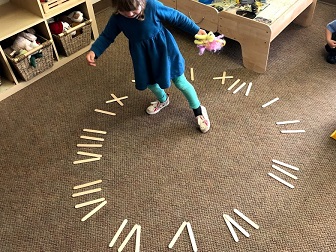 It was time to talk about TIME and NUMBERS! I finger II fingers III fingers and let´s have V (five)

Big Kids learned about letters that become numbers and numbers that turn into clocks! They also made their own colorful timepiece and played some recognition card games with roman numbers!

Big Kids went on an adventure to the Museum of Anthropology! At the MOA we discovered and learned about Canadian ancient civilizations who lived on our land. Children got to see First Nation arts and crafts, totem poles, canoes and other fascinating ways of living!