Skip to content
Loading...
Latest news
Summer 2021: Out of the Storm
Hiroko is a hands-on helper!
Lucky and Talented Codie Shiels
What’s teacher Lynn doing?
Aïda Soldevila moves up, up, and away!
Fieldtrips 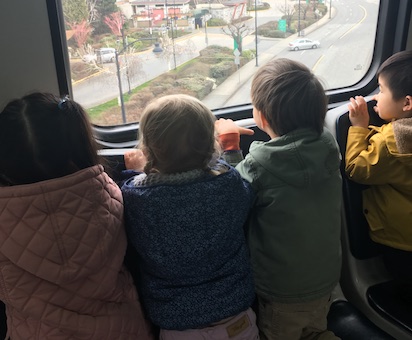 Fieldtrips give a first hand view of class topics, and sharing the experience makes the learning, and the friendships, last!

Weekday trips run from 1 – 4pm and Saturday kids go out between 11am and 2pm.

March 17 – The Groom Room at Oak and 22nd. Our daycare dog Benson needs a bath…

March 21 – All Aboard! Join Conductor Sarah for a trip to the Roundhouse Community Centre

April 14 – The frogs and gecko eat crickets! Let’s get some from PetSmart at Cambie and 2nd

May 4 – Kezia’s Planting Class gets down and dirty…at the Community Garden!

May. 28 – Ehlssie’s Forces of Nature Fieldtrip to the Vancouver Harbour via. Waterfront Station